The importance of improving the existing transport links

For those of you living in Winchburgh, or those just passing through, it’s clear to see just how much work is currently underway, with significant progress being made on Auldcathie Park, the new schools’ campus, work starting on the new marina, and several homebuilders now on site.

And as the community grows, the importance of improving the existing transport links in Winchburgh becomes increasingly clear. This has always been one of our key priorities when designing the Masterplan.

Delivery of the full masterplan is being done under a single Planning Permission in Principle (PPiP) which was granted in April 2012 and includes integrated transport plans which are to be taken forward progressively over the 20 year plus development programme.

The same planning permission includes obligations to provide two new secondary schools, primary and pre-school accommodation, a new District Park on a now remediated 85 acre site, a new marina on the Union Canal and extensive retail and commercial space for a town which eventually is expected to have a population  in excess of 12,000 people.

These amenities are already in progress ahead of the new motorway junction opening and will be followed by additional greenspace and further parkland, pedestrian and cycle networks and a 50 acre employment area which is expected to lead to the creation of up to 5,000 permanent jobs next to the proposed motorway junction.

The PPiP also includes the delivery of a new rail station in Winchburgh which will be subject to an approval process overseen by Transport Scotland and Network Rail. There have been continuous discussions between WDL and the transport authorities since granting of the PPiP in 2012 on the rail station design and location, on the basis that the final consent will fit within the wider regional transport plans that are being undertaken on the Edinburgh – Glasgow Improvement Programme (EGIP) and the Edinburgh Waverley Western Approach (EWWA).

Whilst we appreciate that the regional transport plans take precedence and dictate the detailed programming for building Winchburgh Rail Station, it remains a committed key priority and progress continues to be made on this under the PPiP.

The specific consultation process for the new M9 junction has been underway now for some weeks. This is of major importance to the delivery of the Masterplan. It is a specific condition of the planning permission we have been granted by West Lothian Council, and is fundamental to the delivery of the committed education facilities, employment land and public amenities.

While the completion of the M9 junction will be critical in enabling us to deliver the full scope of the Masterplan, including the delivery of new greenspaces, and the marina, it’s important to remember that it is also key to unlocking improvements to further transport connections as well.

Our plans also include core path networks for pedestrians, cyclists and equestrians, which will connect the Winchburgh community through its new green spaces including Auldcathie District Park and Daisy Park. This network will connect into the national cycle route 754 along the Union Canal which will provide a direct 15-mile cycle route into the centre of Edinburgh. We’d stress that development of the wider cycle path network outside of the Winchburgh masterplan is heavily dependent on the planned sequence of path works that the masterplan is now delivering. 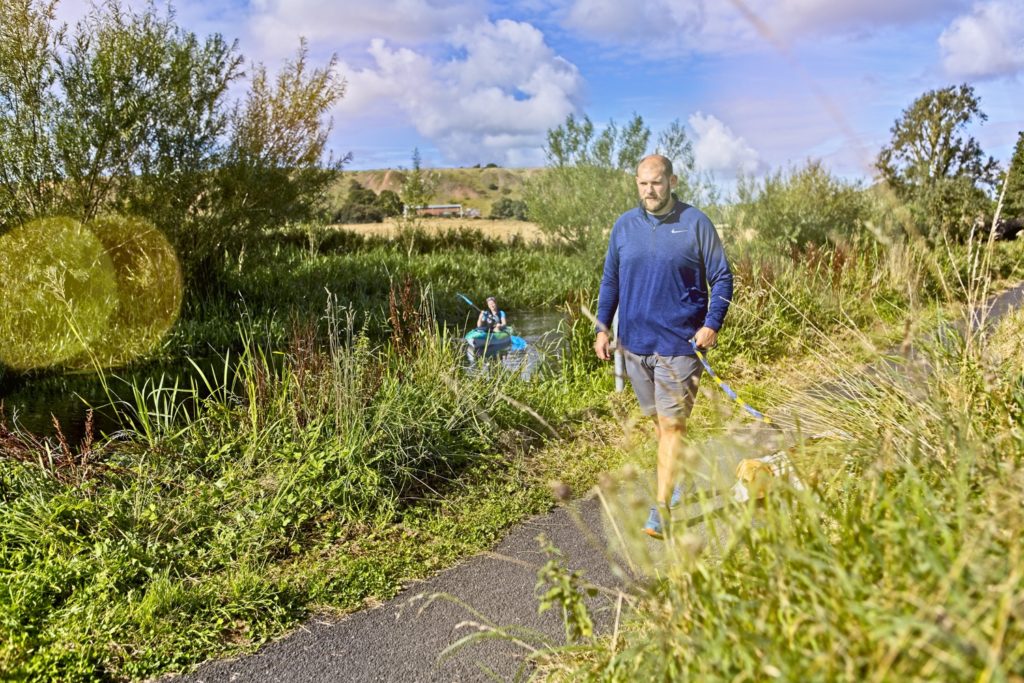 Central to this new path network is Auldcathie District Park. As well as new woodland areas, meadows, natural play areas and community growing areas, the park includes a 2.5-kilometre loop of accessible paths, which will connect with the Union Canal towpath, as well as a mountain bike track and fitness trails.

The new core road, that will run from the new junction to north Broxburn, will also help to alleviate traffic congestion across the local road network and includes separate cycle and pedestrian paths.

And so, as work moves on at pace, it’s important to remember our main ambition. To build a community with access to a range of state-of-the art amenities and stunning greenspaces that takes advantage of this beautiful rural location, but that keeps Winchburgh connected and able to grow and thrive in the 21st century.